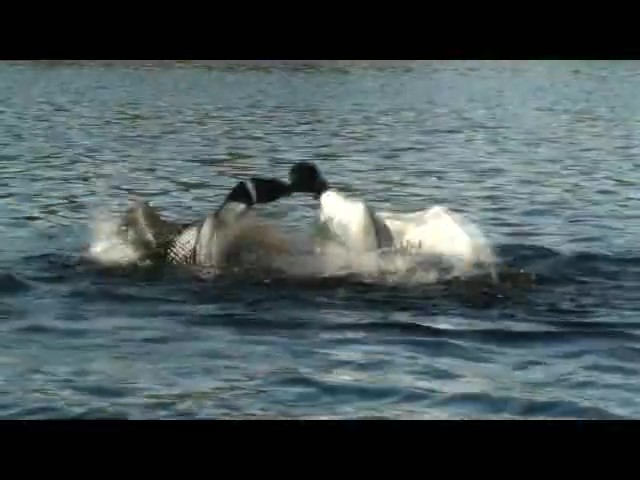 Loons have been studied for years, but it has only been about 15 years that enough loons have been banded to really have a large enough population to understand the details of their behavior.

When loons are between 2-5 years old, they usually will select a vacant lake or territory to breed.  As they get older they sometimes will try to evict a pair and claim their territory for their own.   When an intruding female takes over a territory, the displaced female moves to an adjacent lake. However, it is a different story when the intruder is male.  Apparently, about 30 percent of the territorial battles are fatal. If a loon is killed, it is  almost always the resident male, never the intruder.  It is the male loon that seems to select the nest site.

Watch the video below to see this unfold.

As the video suggests, a battle for a loon territory can be quite dangerous, sometimes leaving one combatant severely injured and unable to defend itself from further attacks by its opponent. Indeed, male fights for territories are commonly fatal. In most cases, the male that perishes is the previous owner of the territory, as described. 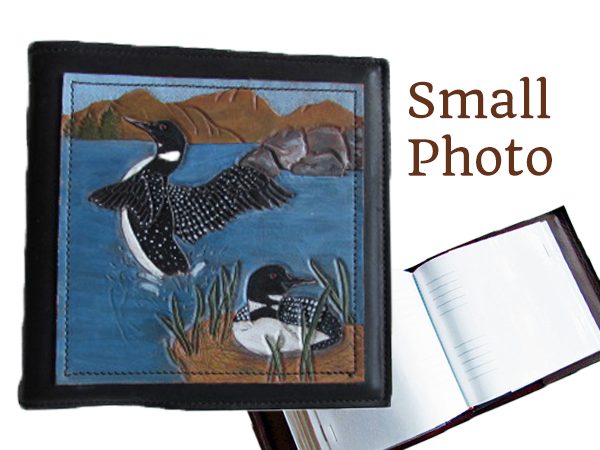 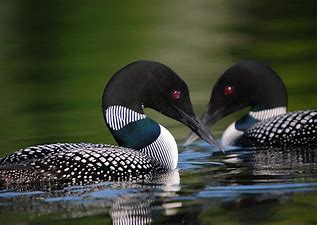 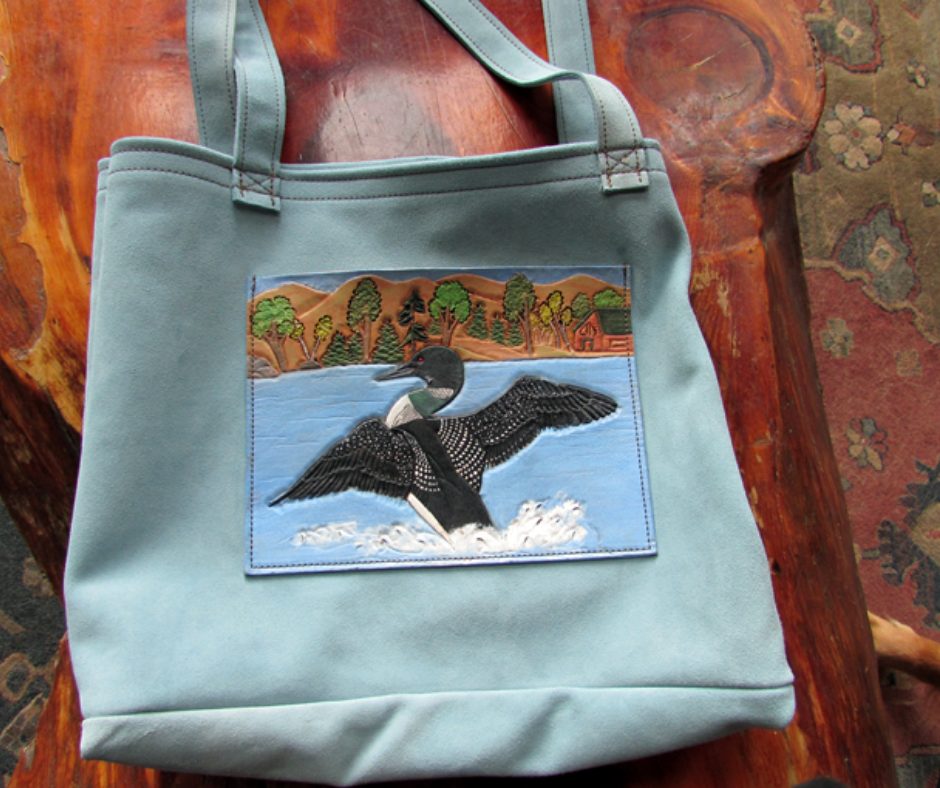 Loon territory acquisition also  occurs with passive occupation.  A loon simply replaces a breeder that has died.    All three modes of acquisition occur in both sexes, and all three are common.

Preening is a common display used during the mating process. This is when the loon shows a significant amount of their white throat patch. Loons also dip their bills into the water, throw their heads up, and dive in unison with the perspective mate. Both a quick dive and a splashing dive take place.

Check out the video above to see  some of these rituals in action. 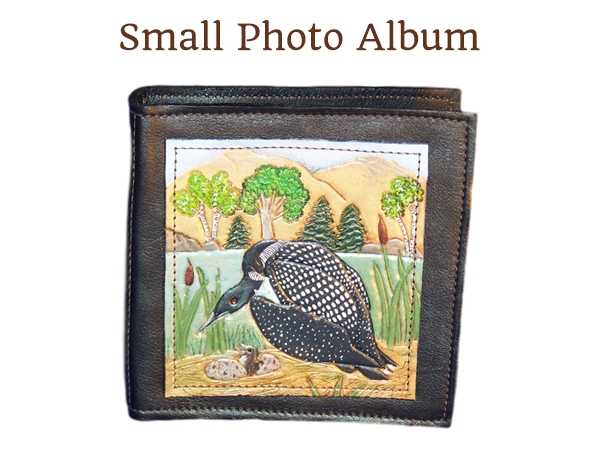 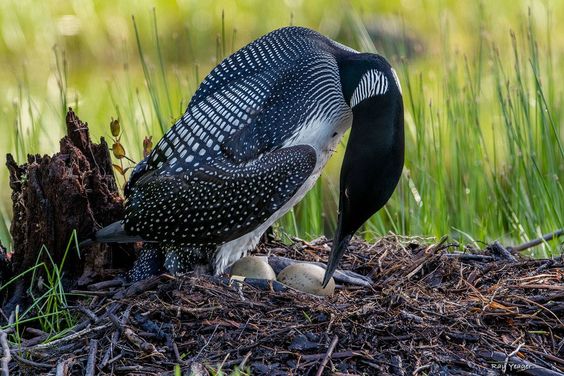 The size of a Common Loon’s  territory is typically 60 to 200 acres, although it can be larger or smaller.

Loons are easily disturbed during the nesting season and prefer to nest on lakes where there is little human activity.   If there is too much disturbance, loons may abandon their nest.

On its breeding ground, the Common Loon is highly territorial. Its defensive behavior increases during the nesting period and peaks in the first weeks after the chicks hatch.

Loons will usually stay with the same mate and will often use the same nest site year after year.

Nests are built as close to the water’s edge as possible. Islands and coves , which provide protection from predators, are the preferred  location for nests.

Both sexes build the bulky nest, which consists of twigs, grasses, reeds, and other aquatic vegetation.

Sign up now to receive your 20% Discount coupon and become a VIP Insider.
VIP’s are my very favorite fans and receive the best discounts, freebies, and goodies.
I never spam.

Please let me know what you think.  I want to create content that interests you! 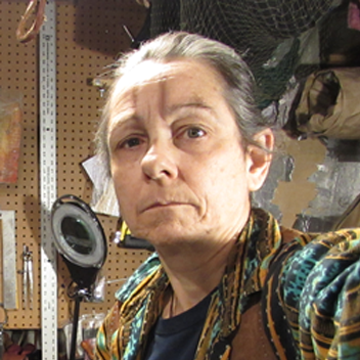 I discovered leather as a medium when I was a college student in 1977 and fell in love.  My summers were spent on Lake Winnipesaukee, here in NH, and that is where I first encountered loons.

Loons soon became the focal point of much of my work.  I set out to create functional, and durable leather products with original loon scenes so Loon enthusiasts could enjoy them year round.  My hope is that my handmade leather goods will become lifelong treasures and forever keepsakes.